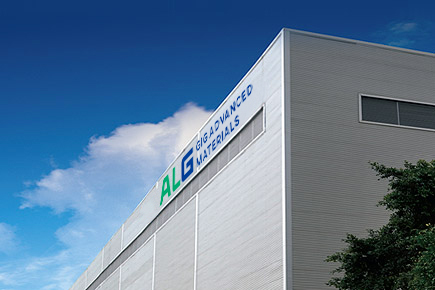 STRENGTHEN THE LEADING COMPANY, COMPLEMENT THE INDUSTRIAL CHAIN AND BUILD A BUSINESS CLUSTER

On December 27, 2018, Alnan completed its reorganization, and GIG became its largest shareholder. Since then, the company entered the phase of transformation and upgrading and has gained rapid development. Adhering to the management philosophy of “unity, innovation, rigorousness, and pioneering”, Alnan forges ahead, actively promotes the industry upgrade, and accelerates the exploration of high-end new aluminum materials market. With the high-end development strategy, the Beibu Gulf Economic Rim will lead a new economic growth point. In accordance with Guangxi Zhuang Autonomous Region’s industrial development idea of “strengthen the leading company, complement the industrial chain and build a business cluster”, Alnan, as a leading company, has integrated the industrial chain of Guangxi Liuzhou Yinhai Aluminum Co., Ltd and Hezhou Aluminum Electronics, and set up Guangxi GIG New Materials Group on August 2, 2019, aiming to build a new material cluster with sustainable competitive advantages.

As an advanced manufacturing company that integrates the R&D, production and sales, Alnan always eyes on market demands and keeps making independent innovations. The company has recruited a large number of senior talent in the aluminum processing industry, and has built a high-level R&D, support and management team consisting of academicians from Chinese Academy of Engineering, Russian Academy of Engineering, Russian Academy of Astronautics and  Belarusian Academy of Engineering, as well as the chief scientist of China’s “973” National Aluminum Program, the leading talent of “Guangxi Bagui Scholar ” and over 100 researchers that have Master’s Degree or Doctor’s Degree. Among whom, a number of core employees have rich experience in the research and development, company management or market operations.Alnan has set up more than 10 technology R&D platforms, including the National Technology Innovation Demonstration Enterprise Platform, the Academician Expert Workstation, the Post-doctoral Workstation, and a research institute for the research and application of new aluminum alloy materials for aviation transportation. Alnan has also cooperated with Northwestern Polytechnical University, Beijing Institute of Technology, Northeastern University, etc. and invests heavily in the research and development, aiming towards “an advanced manufacturer of new aluminium materials for aviation transportation”. Alnan will promote the industry development with technological innovation, and contribute to the globalization of national brands. Alnan has undertaken nearly 60 scientific research projects of various levels, and has applied for 177 patents and 102 patents were authorized. Multiple achievements of Alnan are of international leading level or advanced level.

“Stay true to our original aspiration, and keep our mission firmly in mind.” Alnan will always follow the important instructions made by General Secretary Xi Jinping during his visit to Alnan, i.e. "state-owned companies should take the lead to implement new development concepts and national key strategies, and boost innovation”, and follow the industrial requirements for high quality; with the goal to build a centenary company, Alnan will actively overcome the difficulties, pursue excellence, and independently develop key technologies and materials,   providing strong support for the construction of China’s advanced manufacturing system, and contributing to China’s economic development. 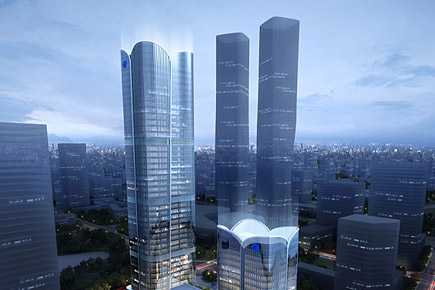 With registered capital of10 billion Yuan, in 2018, GIG gained operating income of 138.8 billion Yuan, total profit of 3 billion Yuan and total assets of 356.2 billion Yuan. As of May 2019, GIG had 199 joint-stock companies, 3 listed companies, and over 24,000 employees, ranking 128th among the Top 500 Enterprises of China and the first among the top 100 enterprises in Guangxi. GIG has been awarded AAA credit rating for four consecutive years.

Adhering to the industrial development concept of Guangxi Zhuang Autonomous Region “strengthen the leading company, complement the industrial chain and build a business cluster”, GIG is further emancipating its mind, making reforms and innovations, expanding its openness, and has formed an industrial cluster and R&D cluster through acquisition and reorganization; GIG is establishing as a leader of the industry and becoming a major player in the new western land-sea corridor and a financial portal for ASEAN countries. GIG is taking the path of high-quality development and aims to become a Fortune Global 500 company by the end of the “13th Five-Year Plan”.